In addition to the development of an efficient and regionally agreed infrastructure network, CETMO has actively worked at achieving optimal operation of the Mediterranean transport and logistics system, eliminating non-infrastructural bottlenecks and achieving an inter-operable, secure and safe transport system.

As part of that effort CETMO has conducted 37 projects and 75 conferences and workshops addressed to generate specific actions with an integral impact on the management of the transport system and in particular on the optimal connection between the different modes of transport and associated infrastructures, their interoperability and their security. 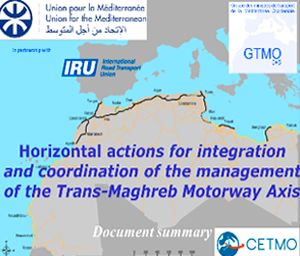 SOFT MEASURES TO UPGRADE THE PERFORMANCE OF THE TRANS-MAGHREB CORRIDOR

The existence of infrastructures is a necessary but not sufficient condition to guarantee the smooth operation of the transport system. This project identified the accompanying measures necessary for the proper functioning of the Trans-Maghreb corridor.

The implementation of these actions contributes to regional integration and increases the profitability and efficiency of infrastructures, favoring the smooth circulation of goods and people. Two action plans were defined, one for the Trans-Maghreb highway and the second for the Trans-Maghreb rail corridor. 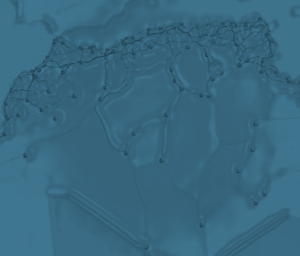 LOGISMED is a regional initiative aimed at supporting the competitiveness and development of the logistics sector in the Mediterranean countries.

The Projects aimed to develop logistics platform projects, strengthen the supply of training in high quality and sustainable logistics and monitor the logistics performance indicators in the Mediterranean region, namely Morocco, Algeria, Tunisia, Egypt and Jordan. 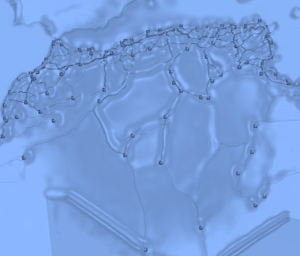 CETMO launched a program to identify and analyze safety related issues in different modes of transport and propose actions to move towards a safer transport system, including:

Technical assistance to the Société Nationale des Transports Ferroviaires (SNTF) of Algeria on safety and security. Promotion of a road safety audit in the central section of the Trans-Maghreb motorway axis. Analysis on the status of cooperation between Air Navigation Service Providers in Western Mediterranean. Diagnosis on VTS / VTMIS to improve maritime safety on the Western Mediterranean.

For further detail and publications of these and overall projects on Transport System Performance, please contact CETMO.